The GDPR in third countries: the opportunities of the Modernisation of Convention 108

The GDPR in third countries: the opportunities of the Modernisation of Convention 108

Roundtable by the Brussels Privacy Hub on “The GDPR in third countries: the modernisation of Convention 108“. 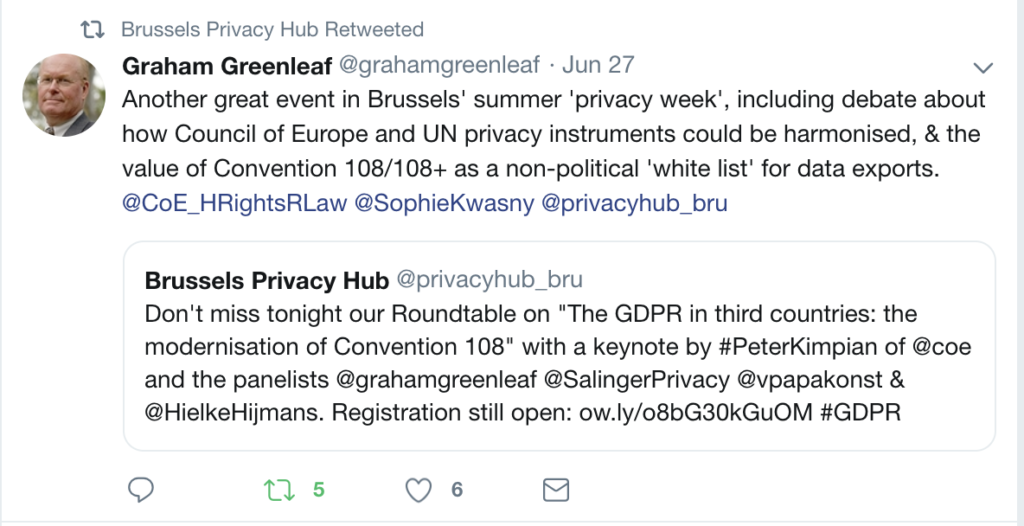