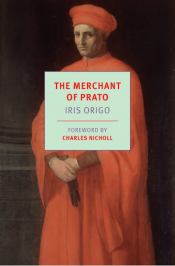 Although I would not place “The Merchant of Prato” under the life-changing or even deep-impact book category, reading it was an eye-opening experience for me. You see, I always suspected that our lives do not differ substantially from lives lived thousands of years ago (OK, I would start the count with Rome, not Greece), but I always wondered about the Middle Ages. At the time of Imperial Rome, Seneca’s writings dealt extensively with the matter of “busy lives”, therefore one can only imagine that (some people at least) were faced with time management issues similar to our own. But, the Middle Ages? How busy could one be in pre-Rennaisance, medieval Europe? Well, if I imagined times of parochial leisure, I could not have been more mistaken, it seems. Francesco Datini, the Merchant of Prato (whose statue and house in Prato are the latest additions to my bucket list), back in 1400 was every bit as busy and energetic as your next-door modern capitalist. He formed a holding company with subsidiaries all around Europe; he incorporated companies adopting Articles of Association of the type that we more or less use today; He dispersed risk as much as possible, to mitigate unstable politics; He was quick to cut his losses and the first to spot a new opportunity – internationally. He kept accounting books as complex as today’s, seldom paid his bills without a court order, constantly complained about taxes and tried to avoid them as best as possible. Once he became a local tycoon he invested heavily in his city so as to buy the good will of his co-patriots, but in vain. His relationship with his wife was complex.

Nevertheless what astonished me the most was his pace of work. All day long, for endless sleepless days in a row he would write letters to partners, colleagues, employees, friends, even to his wife – this is how we are able to reconstruct his life in such detail. I deeply sympathised with him; his daily routine does not seem that far away from mine, minus the pen and plus the keyboard.

At the end of the day the Merchant of Prato (that is otherwise a simple, but well-researched book) was a lesson in humility for me. Too often we consider that we live in exceptional times, that our lives are unprecedented, our problems and thoughts unique in the history of humanity. Apparently, nothing could be further from the truth: All that we feel and all that we live has been relived by millions before us. The Merchant of Prato would feel at ease riding on a plane (well, private jet) instead of horseback, using smartphones and online platforms to transact instead of paper, basically fearing the same things and living the same life as any one of us. The book’s greatest value, to me at least, is instructional, followed (closely) by informational.

PS: I read this book on Apple’s Books app, having bought it from Apple’s Book Store; I think that the Merchant of Prato would have appreciated the irony, me admiring Medieval capitalism and at the same time having paid good money to a trillion-dollar company merely for a license to read a book, that will be taken away from me if I ever decide to move away from its over-priced ecosystem. I suppose one’s only defence to such post-modern capitalism is to not really care.