A good friend recently reminded me of the automobile industry example in Europe: Back in the 1960s and 1970s everybody in Europe wanted to buy a foreign car. Foreign cars were manufactured abroad and were ferried to Europe. When their sales surpassed those of European industries the latter suffered, had to shut down factories and lay off people; At the end of the day, Europeans could no longer afford to buy foreign cars. Governments stepped in. Finally, the foreign automotive industry started manufacturing its cars in Europe and investing in the local market.

Maybe the story is not 100% accurate, I am reciting from memory after all; However, I think that its lesson is valid now more than ever: Any (financial, and even social) disruption is followed by normalisation, in the sense of a return to the basics of what was known and done before the disruption occurred.

This rule is starting to materialise today on the internet: Whatever the internet disrupted over the past twenty years since it emerged is now slowly returning to normality – basically reproducing our ways of living before it came about.

I am not so certain that this is necessarily a problem. Not being born into a phenomenon may indeed create a distance that prevents assimilation but on the other hand it affords the necessary distance to put it in perspective. 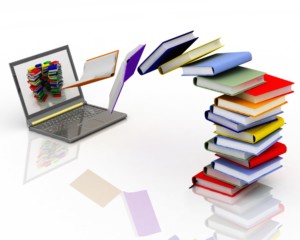 I have had the chance to put the internet in perspective many times over recently. In the early nineties buying a book in English in my hometown of Athens, Greece was an adventure by itself: If not in in stock in the altogether two(!) foreign language small bookstores to serve a population of 5m, then one had to contact the publisher by post, order at best by fax and pay through multiple visits to a bank charging twice the price of the book in fees. Needless to say, I became an early customer of Amazon (so early, that books were shipped from the USA in inconspicuous packaging and customs never cared). Fast forward today, some twenty-years later: I order books in English from my favourite Greek bookseller’s website and not from Amazon, because prices are the same and I can always drop by to complain if anything goes wrong.

Similarly, in the early nineties I owned two or three encyclopaedias and a couple of dictionaries at home. I knew that not all were of the same level, and I secretly coveted Papyrus Larousse Britannica that I could not afford. Needless to say, all work had to be locally, it was inconceivable to check anything away from home. So, when Wikipedia came along, I enthusiastically used it never caring to compare its quality with the books I owned or could theoretically afford by then. Fast forward today: In full knowledge that this may provoke quite a few internet users, free information on the internet is almost always considered low quality information; Accordingly, Encyclopaedia Britannica is charging a fee, same as the British online dictionaries.

Internet normalisation in the music and film industry is much simpler to demonstrate: My music back in the 1980s resided in LPs and cassettes; Online piracy proliferated in the 1990s, when I briefly stopped paying for my music altogether. Fast forward twenty years after, when I once again have started paying for my music, digitised this time, over Spotify. Same with my films, first stored in VCRs and video tape rentals, then some brief period of non-payment through online piracy, and now I am once again paying for them on Netflix. 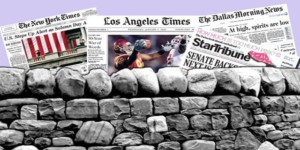 I expect the same soon to be the case with the press. When younger I used to buy a newspaper each day; Now I have more or less stopped, because I can find news free on the internet. However, press publishers are beginning to charge for online access, and it is slowly becoming common knowledge that free news on the internet is of bad quality (if not worse). Soon I expect my daily expenditure to return, this time however for an online version of my favourite newspaper.

And, for those following case law and other regulatory developments, it is only a matter of time before Airbnb and Uber are “normalised” as well, regulated to reproduce a model of professional provision of services, albeit in a more open than in the past manner.

Of course, the offering of the internet is of immeasurable importance. Each one of the above examples have been life-changing for me: Ready access to global knowledge, immediate use of underused or otherwise inaccessible resources, the abolition of distance, the minimisation for the need of physical presence; Each one would have been enough to consider my life improved over my lifetime – altogether, they have brought about an effect for which I cannot begin to express my gratitude.

However, I cannot ignore the fact that internet normalisation, in the sense of a full turn into what I already knew and practiced before it came into my life (admittedly in a far more efficient and satisfying manner), is being completed. 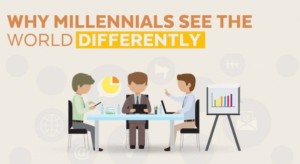 Or, in other words, what may appear to Millennials and later generations as “new” today, to me it is simply a return to the basics.

If the internet has been normalised, embedded into human life in ways that were known before, how come the provision of online services remains largely untaxed?When I first used MS Windows (in their 3.1 version, reluctantly moving away from MS-DOS) and MS Word (in its 2.0 version, reluctantly moving away from WordPerfect 5.1), I admittedly used pirated copies under the urban myth that Microsoft allowed us to, not having locked its software so as to win over competition. In the late 1990s, when I started using them professionally, I started paying for licenses using off-the-shelve boxes bought locally in Athens. At that time Microsoft formally installed itself in Greece. Fast forward today: Microsoft is still in the same offices in Athens, my organisation pays monthly fees for Office365, but the invoice comes from Ireland, not Greece. 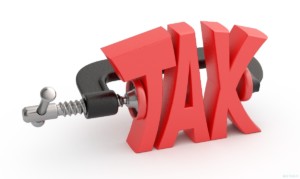 To my experience at least, in this Microsoft was a follower and not a pioneer: It followed the practice of Google and all other internet providers of the early 2000s, that decided to install themselves only in Ireland and make sales to the rest of Europe from a distance. Today all my internet services invoices (Microsoft, Google, Apple, Facebook, Dropbox, Evernote) are issued from Ireland. Nothing is to be bought locally, off-the-shelve, and no internet company is installed in Athens (Google’s advertisement SME does not count).

If normalisation of the internet has happened at an end-user level I believe that it is only a matter of time for it to happen also at state level. Internet companies have for too long played the song of remote services providers to avoid taxes in the most blatant manner. States have the means to know exactly how much is spent by their companies for online services: They only need to add up the invoices transmitted to them anyway for tax reduction (professional expenses) purposes. Hundreds of millions leave their economies annually in this manner completely untaxed (not even the Irish profiting proportionately from such huge expenditures). I believe that publication of these numbers will infuriate people and provoke change. The recent French example is only a quick fix, a piecemeal approach to a permanent problem (that also the EU fails to acknowledge).

At the end of the day, however, this is not a matter of tax evasion; It is a simple matter of normalisation. Internet companies cannot expect local economies to continue bleeding out disproportionate amounts of money without any return. This is simply an unsustainable proposition. If current regulatory models are not enough, new ones will be devised: At the end of the day, internet normalisation in this case will have to mean that money raised locally needs to pay local taxes. The internet will inevitably have to face the single universal truth, that nothing is certain except death and taxes.